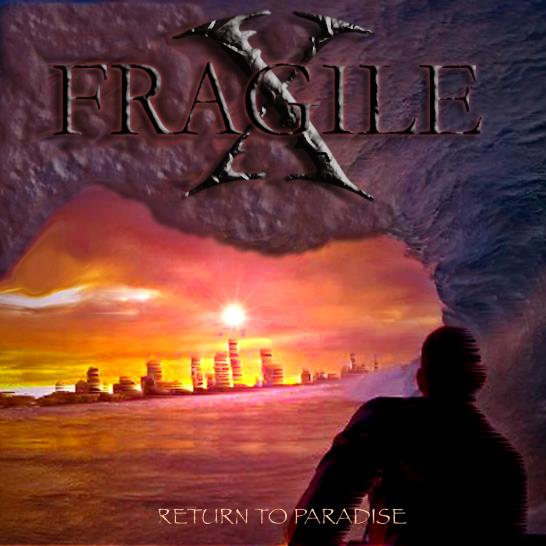 #446: Hello ... Hello ... my old friends ... It's great to see you once again! When Fragile X released their debut album "Drop In Time" back in 1996 - during the heyday of ELO Part II's US tour (whom Fragile X supported) - little did they (or we) realize that there would be a long sixteen years wait for their second album here in 2012 entitled "Return To Paradise".

"Return To Paradise" is a twelve track release where the band not only looks forward with nine new tracks but also an album that lovingly reinterprets three songs from the original "Drop In Time" set. Whether it be the epic yet anthemic "Poison Arrow", the new single "Going Back Home" or those newly revived triplets "No Longer", "Have A Nice Day" and "Pinnacle" - this release oozes those oft used lyrical traits of hope, peace, regret and love yet it also absolutely rocks.

I do not think that there is any weak link on this release musically and fans of ELO, Rush (and all classy progressive rock music) will love this album. The Beatleseque "Song For You" is a delight to the ears, the marvellous cutting proverbs of "Don't Let It Get You Down" bring forth a wry smile upon every listen and the largely instrumental "Bright Side" (with its thumping baseline) is a progressive rockers dream! All the songs fit together very nicely and at just over 55 minutes length, it really is VFM. Indeed, this album is so good that Yours Truly KJS has already changed my fave song three times! At the time of writing, I'm hooked on "Song For You" again!

"Return To Paradise" is a showcase for the many talents of singer, songwriter and vocalist Lance Allred, the solid and precise foundation of Sean Mack Page's percussion, the throbbing heartbeat of Gail Sutton's bass guitar work whilst not forgetting the immense and significant contributions of Chris Aderhold, Jeremiah Riggen and, last but not least, George Chisholm III.
Trax: "Invisible" ~ "Going Back Home" ~ "No Longer" (Remix) ~ "Delicate Struggle" ~ "Don't Let It Get You Down" ~ "Bright Side" ~ "Song For You" ~ "Have A Nice Day" (Remix) ~ "Pinnacle" (Remix) ~ "Poison Arrow" ~ "In Passing" ~ "Silent Rebel"


You can either sample the tracks, download the album (in part or in full) or buy the CD edition from cdbaby.com via this link thus: