Review: Across The Divide (Morgan) 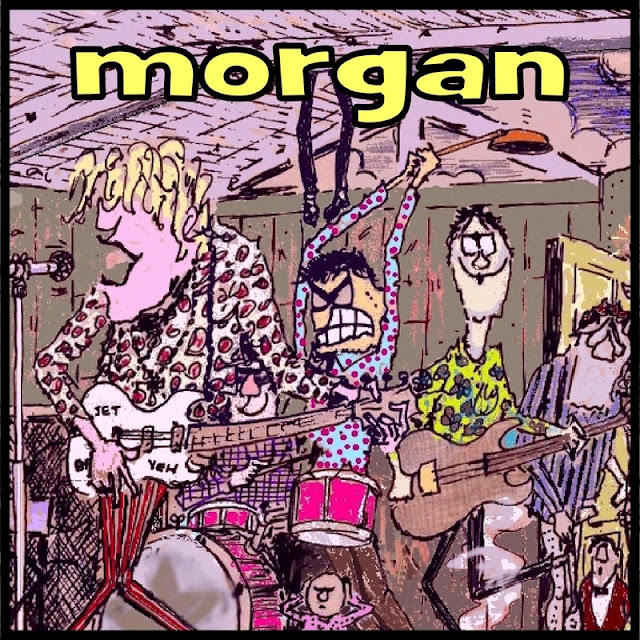 #449: Hello ... Hello ... my old friends ... It's great to see you once again! Some albums are like a pair a shoes - you need to wear them in a few times so that they become comfortable. Some albums get your attention the very first time you hear them. "Across The Divide" by Morgan is definitely in the latter category. The former ELO man has put together a great set of eleven songs that not only vary in tempo and style but also contain pensive lyrics which not only convey his Christian faith, in part, but deliver some really catchy tunes with a message.

There are very definite ELO and Beatles influences here. The album - produced by former ELO bassist Martin Smith - has some acoustically driven numbers and some more complex constructions too. For instance, the storytelling "Samson and Delilah" (featuring Tony Kelsey) could be a Bob Dylan number, "Post War Baby" sounds like the next chapter to Dave's huge hit "Hiroshima" and "Girl In A Jaguar" is so very Beatlesque in nature. And because there are so many fine songs on here with so many different styles all headed by Dave's solid wide-ranging vocals, the album is absolutely balanced and instantly likeable. Some of these songs have been waiting to be finished for quite a long time but, as with fine wine, one has had to wait to savour the final result. "Benediction" (also featuring Tony Kelsey) is a stunning opener followed by the folksy-bluesy: "Normal Day", "Mission Impossible", "Cold City" and "Robin's Song" have those familiar ELO hooks with: "Shanty Town Blues" (featuring Fitzroy Storrod on Piano) being the Blues indeed. "Ball and Chain" could be another Bob Dylan or even a Traveling Wilburys track. The whole album is my fave track!

In his own words: "Morgan or 'Dave Scott-Morgan aided and abetted by a fusillade of fine musicians'. In the last century Dave was part of the world famous group, ELO - and also the writer of a major European hit (Ed. "Hiroshima"). When he's not playing songs, Dave teaches people to fly aeroplanes and he was once the pastor of a church in Birmingham, his home city. This album bravely melds myriads of styles, mixing conventional recording techniques with an innovative creativity and energy you'd expect from a rock 'n' roller from the Old School. It also contains the wry Brummie tongue-in-cheek element that propelled stars into the limelight from its earthy and pithy launch pad. But take it seriously if you want to!"

Buy "Across The Divide" (or any individual trax) in digital or CD formats via this link thus:
www.davescottmorgan.com

ELO Beatles Forever (ELOBF) recommends "Across The Divide" by Morgan to those enlightened folks who enjoy the music of ELO/Jeff Lynne, Roy Wood, The Move, The Idle Race, 'Brum Beat', The Beatles and related artistes.