Recommended: Across The Divide (Morgan) 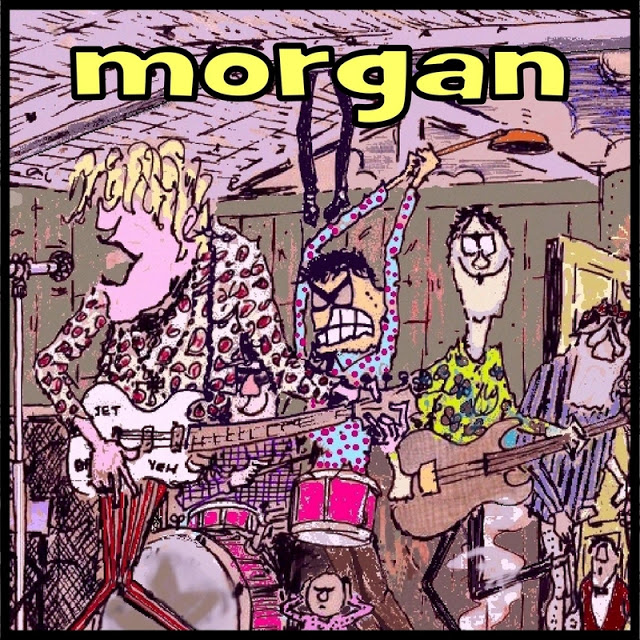 #441: Hello ... Hello ... my old friends ... It's great to see you once again! Following on from the successful re-release of "Earthrise" last year, Dave-Scott Morgan, former ELO member alongside Richard Tandy, has made his new album "Across The Divide" available for download this week, following on from the download single release of "Benediction" earlier this year.

Ged: So Dave, What’s it all about?
Dave: Well. There are some legacy tracks and some very new material. I have had a lot of songs that I couldn't finish until the technology came along. With the arrival of 'Pro-Tools' I have been able to work on the songs and get them into a state where Martin Smith can work his magic as a producer. It’s a question of my software being able to talk to his software.
Ged: Is Richard Tandy involved?
Dave: Richard does not play on the album, mainly because he is not in the loop technically. We live a long way from each other and he doesn’t have the software. Richard has heard all the songs and given me a lot of advice and encouragement all through the project.
Ged: What did you make of the recent TV 'Jeff-Fest'?
Dave: It was great to see Jeff being Jeff, and to know that the public has finally got a chance to see the lovely and funny guy that he is to Richard and me.

I'll be reviewing "Across The Divide" for ELOBF in the near future. In the meantime, you can read about and/or download the album [and/or any individual tracks] via these links thus:

Yours Truly KJS is also hoping to interview Dave for ELOBF in yet future days. ELO Beatles Forever (ELOBF) recommends "Across The Divide" by Dave Scott-Morgan to those enlightened folks who enjoy the music of ELO/Jeff Lynne, The Move, Roy Wood, The Idle Race, 'Brum Beat', The Beatles and related artistes.