#458: Hello ... Hello ... my old friends ... It's great to see you once again! My good friend Michael Laine Hildebrandt has announced that his aptly titled musical outlet Bubble Gum Orchestra will be releasing their tribute to another of Mike's musical heroes (besides ELO & Jeff Lynne of course) on Sunday 30th December when the track "Girl" will be made available for free download via the official BGO web site (on what would have been Davy's 67th birthday) with an accompanying video being released in parallel on YouTube.

"Girl" is a full collaboration with Sugarbomb member Les Farrington (vocals/keyboards) and has been mastered by Billy Stull over at Masterpiece Mastering. Davy, who sadly died on 29th February earlier this year, released the song in the US as a single in November 1971, peaking at #52 in the US Billboard Top 100. 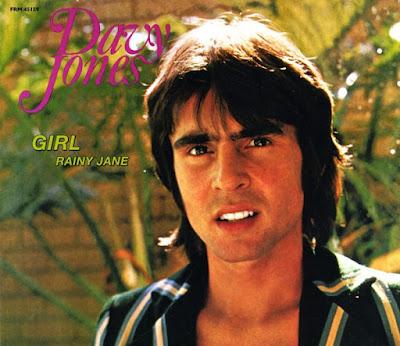 The song is best remembered for featuring in The Brady Bunch episode "Getting Davy Jones" as well as "The Brady Bunch Movie" in 1995. Michael has afforded me the opportunity to listen to an edited sample of the track and Yours Truly KJS has to say that it does sound nice and, of course, it has a certain BGO flavour to it! It's a real 'feel good' tune that is both a tribute to Davy and a testament to the musical talents of MLH. Better get downloading it on December 30th folks!