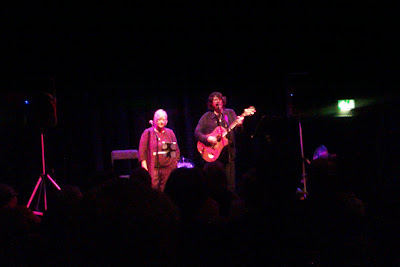 #444: Hello ... Hello ... my old friends ... It's great to see you once again! Saddened as I was when it was announced that the Beatles Blues and Blue Violin (BBBV) project was coming to an end earlier this year, that disappointment was countered by the news that Bates & McBain would be taking part in a short tour during October and November later in 2012. Subtitled "The Eclectic Collection", we were seemingly being promised a selection of songs of varying genres from a much wider variety of artistes than Phil Bates and Tina McBain had ever interpreted in a live acoustic setting in their previous guises The Eleanor Rigby Experience and BBBV. 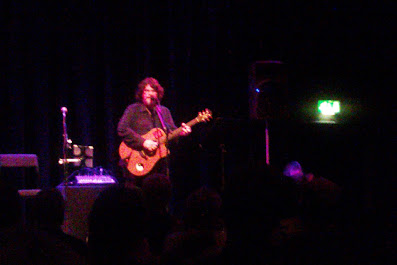 And to be absolutely honest we were not only treated to an exceptional performance by this much under-rated duo last night at the Lichfield Garrick Theatre, we were privy to a superb display of vocal craft and the highest quality guitar work as Phil and Tina opened their eclectic songbook which comprised over twenty songs, including two original compositions by Phil Bates.

The ELO and Beatles influences were apparent and the whole set had a large proportion of folk and blues standards. I managed to remember eighteen songs from the set list! It really does tell the story of a superb night of live acoustic music, delivered by these two great musicians:

I was particularly moved by the tribute to the late, great Kelly Groucutt again in "Midnight Blue" and the duo's version of one of Kelly's oft sung solo songs "Sea Of Heartbreak". It was also nice to hear Phil's "One Sky" live for the first time too. But any duo who can perform acoustically a set of songs by artistes as wide ranging as Bruce Springsteen, Don Gibson, June Tabor, Richard Thompson, Fairport Convention, The Buzzcocks, Bob Dylan, ELO and The Beatles (amongst others) is indeed worthy of mention! Yours Truly KJS very much looks forward to seeing and hearing Phil Bates & Tina McBain again.