Review: The Lost Broadcasts [The Move] 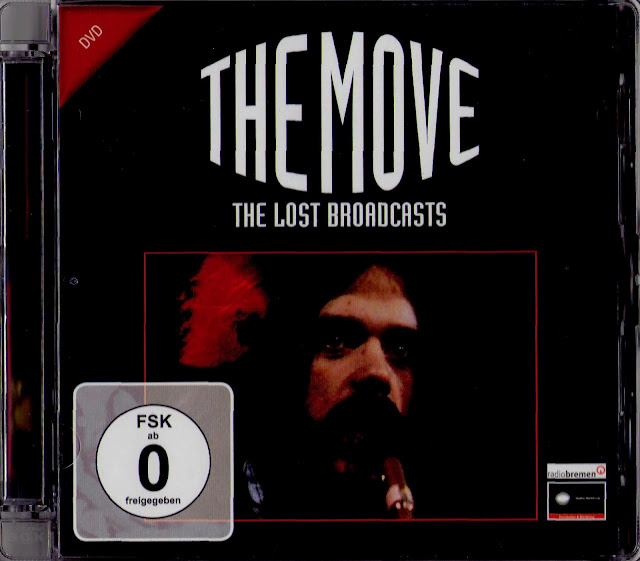 #418: Hello ... Hello ... my old friends ... It's great to see you once again! After an extended wait for this much anticipated DVD "The Move: The Lost Broadcasts", and not a few viewings thereafter, the first thing that must be said is that this release is, indeed, well worth the wait! These nine live recordings and eleven performances feature both of the definitive Move line-ups including [of course]: Roy Wood, Bev Bevan, Carl Wayne, Trevor Burton, Rick Price and Jeff Lynne. 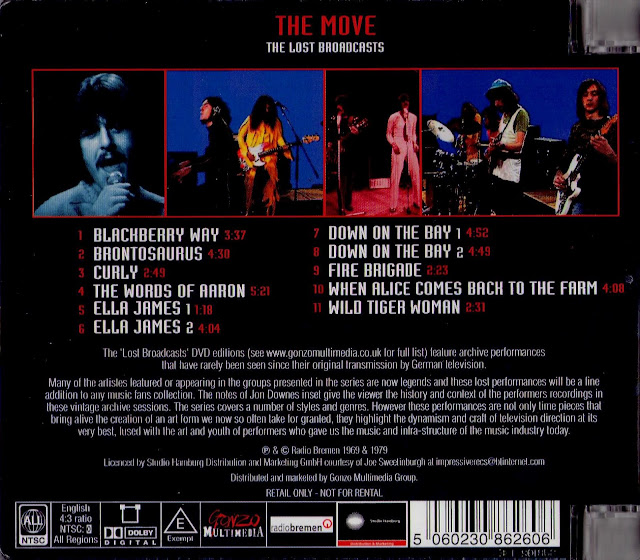 What is quite remarkable about this DVD of those live Beat Club sets is the clarity of [particularly with the later material] of the sound but also the cohesion of the band. At the stage of the later 1970/1971 performances, The Move were morphing into the Electric Light Orchestra but the twin leadership of Roy and Jeff seems to work much more so than in the difficult birth pangs, so well documented, of ELO. My personal highlight has to be the songs from "Message From The Country" - most notably "The Words Of Aaron". This release really is a must have for the ELO and/or Move fans who want to see and hear a glimpse of their favourite bands legendary live prowess and own a rare record of their transition from The Move to ELO. [10/10] 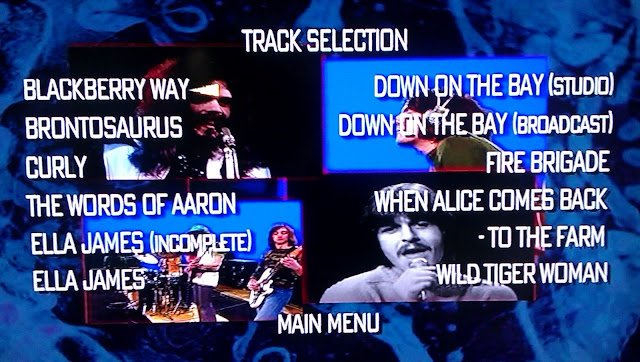 "The Move: The Lost Broadcasts" is now available to buy via these links thus:

ELO Beatles Forever [ELOBF] recommends The Move: The Lost Broadcasts to those enlightened folks who enjoy the music of ELO, Jeff Lynne, The Move, Roy Wood, The Idle Race, 'Brum Beat', The Beatles and related artistes.
Until next "Time" in the ELO [and related] Universe ... KJS ... 07-Oct-2012
Posted by Keith J Sinclair at 00:05