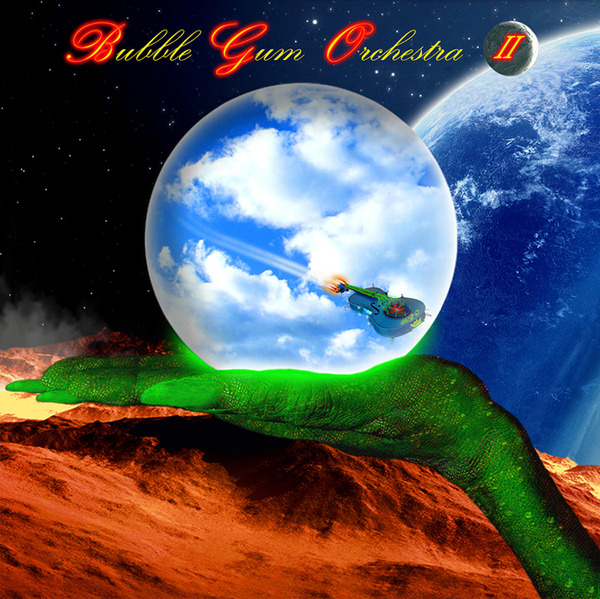 #424: Hello ... Hello ... my old friends ... It's great to see you once again! Question: How do you follow a successful debut album with one that remains original but builds on the style and themes of its predecessor? The answer to that question has not always been forthcoming to many artistes and bands down in the last half a century. Whereas "Out Of This World" played on the imagery and layout of that seminal ELO classic double album "Out Of The Blue"; the new October 2012 release from Michael Laine Hildebrandt [MLH] - not unsurprisingly entitled "BGO II" - cuts loose with another collection of orchestrated rock songs from this multi-talented Texas based songwriter, musician and producer behind Bubble Gum Orchestra [BGO]. And it works for me. 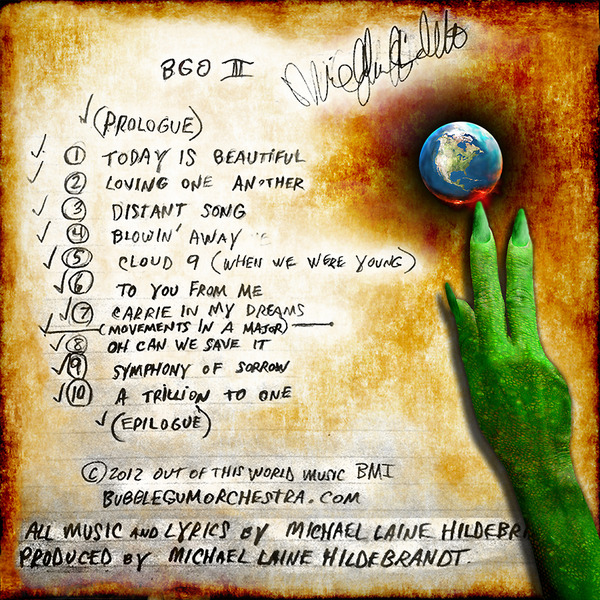 This time around, the artwork for "BGO II" is reminiscent of those early ELO gatefold sleeves for "ELO II" and "On The Third Day" with the track layout this time not unlike that for "Time" with a "Prologue" and "Epilogue". But the visual imagery and layout of the album is merely a precursor to a set of well constructed, positive compositions of love, peace, hope and fond remembrance of past times. What is amazing about this album is that MLH has produced a recording that not only appeals to the ELO fan base, but also to all lovers of the orchestrated rock AND 'Bubble Gum' pop genre. With his booming 'Warwick' bass guitar the heartbeat of the album, MLH plays almost every instrument conceivable on "BGO II", including keyboards, percussion, guitars, cello and violin - as well as vocals and sound effects, not unlike a certain other musician currently releasing new albums after a two decade hiatus.

My only complaint is that this effort is too short in duration at just 38 minutes in a "Long Wave" kinda fashion! All the tracks compliment each other and because they are so good, I'm struggling to nominate my personal favourite ... which [at a push] is the beautiful: "Carrie In My Dreams". There is also one song on here that MLH is totally enthused about [more than he is usually!] and that is "Blowin' Away" because it also features Steve Howard from Paul McCartney's legendary seventies outfit Wings! 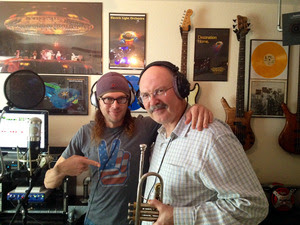 So, rather than provide a listing of the album tracks and a brief overview [as per usual], ELO Beatles Forever [ELOBF] contacted Michael Laine Hildebrandt and asked him for his take on the new album, track by track, and here it is folks:

PROLOGUE: 'Star Trek' inspired sounds with the female voice of ['Siri'] from my iPhone. Computers talking to and communicating with the orchestra building up to the big show ... technology versus violins and cellos!
TODAY IS BEAUTIFUL: A very upbeat and uplifting song about staying positive when the world tries to bring you down.
LOVING ONE ANOTHER: I am tired of people and countries not getting along so I wrote this little beauty. If everyone on the planet could just listen to this song and apply it to their everyday lives, I believe the world would be a much nicer place to live!
DISTANT SONG: I wanted to write a song that could be used universally by people in love." 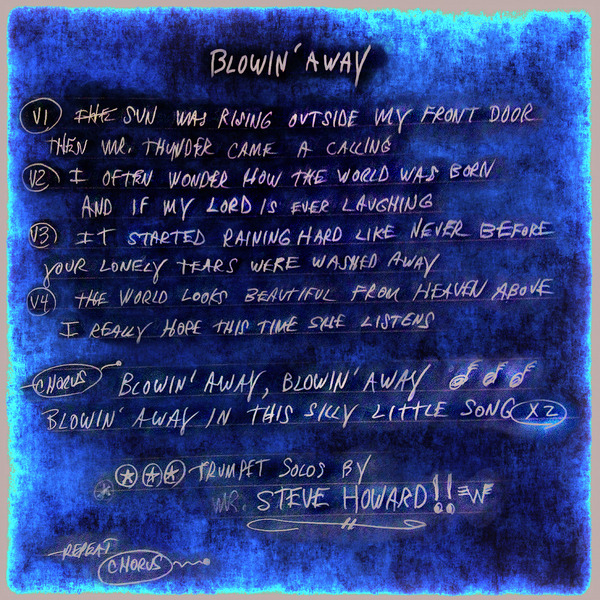 BLOWIN' AWAY: You know the story behind this one, Keith! Former Paul McCartney and Wings trumpet and flugelhorn player [1975-80] Steve Howard joined BGO in the studio and performed on this one. This was so very exciting for us! He recorded using the actual horn he used all throughout the "Wings Over America" and "Wings Over Europe" tours back in the Seventies. Also, Steve played the horn used in Abbey Road Studios for the actual album recordings of "Silly Love Songs", "Let 'Em In" and "Coming Up".
CLOUD 9 [WHEN WE WERE YOUNG]: I wanted a stripped down BGO song with just a 12 string acoustic guitar and a little bit of orchestration. A nice 'floating' song reminiscing about youth and young love and wishing you could go back and visit that place for just one more day. Sort of a "Strange Magic" sounding flange on the guitars in the solo areas.
TO YOU FROM ME: Cellos going crazy through out with a simple lovely melody. Tonnes of backing vocals on this one ... Well, more than usual I should say! Two people trying to figure out if everything is going to work out between them with love and violins desperately trying to keep them together.
CARRIE IN MY DREAMS: Upbeat and ever so yearning to keep love alive anyway you can. Written and dedicated for our two favourite Carrie's ... Lindsay and Sidney Greenbush.
MOVEMENTS IN A MAJOR: Dramatic orchestrated intro to ...
OH CAN WE SAVE IT: The title says it all ... A deep song that dares to tackle a relationship between two lovers that are basically ready to flip a coin to see if they continue on together.
SYMPHONY OF SORROW: Beatlesque for sure ... Lead vocals sung through a distorted Fender guitar amp taking the mood down a bit for those who like the sad songs. It's like the beginning of "Uncle Albert" gone bad ... with a big, booming chorus.
A TRILLION TO ONE: Needed one more song for the album so I sat down late one night and this came out really fast. Couldn't write the words down quick enough! A very direct song telling someone that they are going to miss you when you are gone if they keep pushing you away with their meanness!
EPILOGUE: A huge wall of sound spinning around reversed with "Secret Messages"!

This album has been well worth the anticipation [9/10]. "BGO II" is now available to purchase via the Official BGO web site thus:

ELOBF has featured Michael Laine Hildebrandt and his Bubble Gum Orchestra extensively over the last year or so. Why not check out these articles from the ELOBF archives:

I am pleased to announce that Steve Howard will feature in an exclusive ELOBF interview in the near future where we will cover his career with Paul McCartney and Wings and beyond, that BGO connection as well as his current and yet future projects.