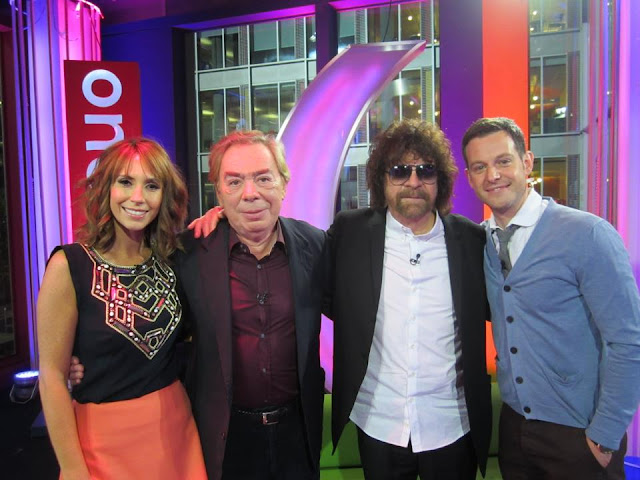 #416: Hello ... Hello ... my old friends ... It's great to see you once again! My good friend Nicolas Guibert over at the fantastic elodiscovery.com has recorded, spliced and posted two videos on YouTube covering the recent BBC TV appearances of Jeff Lynne on "Later With Jools Holland" and "The One Show" on Tuesday 2nd and Wednesday 3rd October respectively thus:


Stop Press
My good friend Tony Callaghan over in Ireland has just posted this YouTube footage of the interview with Jeff on BBC Breakfast News this morning too thus:

Jeff is making multiple media appearances and participating in not a few TV and radio interviews this week in advance of the weekend release of "Mr. Blue Sky: The Very Best of Electric Light Orchestra" and "Long Wave" as well as that ELO themed series of programmes tonight (Friday 5th October) over on BBC4 from 9PM onwards. "Welcome to the show(s)" folks!