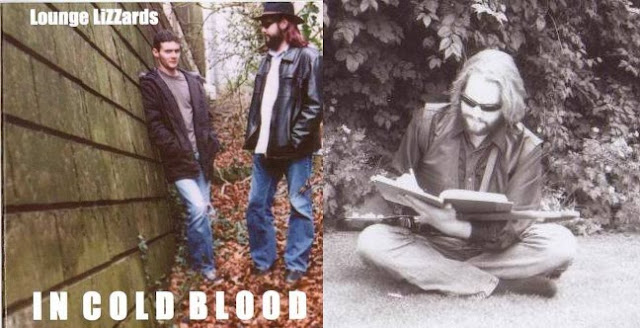 #425: Hello ... Hello ... my old friends ... It's great to see you once again! It's now over a year since my friend and ambidextrous musician Steve Midgley passed away but the music and songs that he left behind still live on. His parents Ian and Clare Midgley have now re-released a limited quantity of two of Steve's albums whose profits will go towards a new Community Interest Company to support folks with emotional distress and mental ill health issues. The first album, originally released in 2004 and entitled "In Cold Blood" was produced and performed with Tim Corbridge under the name of The Lounge LiZZards, and contains these 10 trax:

The second album, originally released in 2007, was titled "Deeper Than Dark", and also features contributions from my good fiend Andy Wood, and contains these 13 tracks: 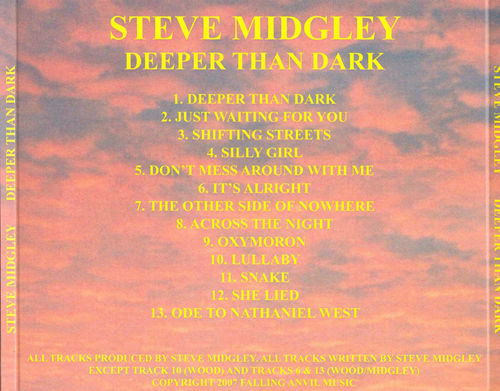 You can listen to two of the above tracks over on YouTube by clicking on these links thus:

"Summer Breeze"   "Across The Night"

You can order either or both albums by emailing Clare directly at: balanceholistic@yahoo.co.uk

Both albums can also be purchased on eBay for just £9 each (UK only). Please click on these links to view and/or buy these strictly Limited Edition albums in memory of Steve and for a very good cause: