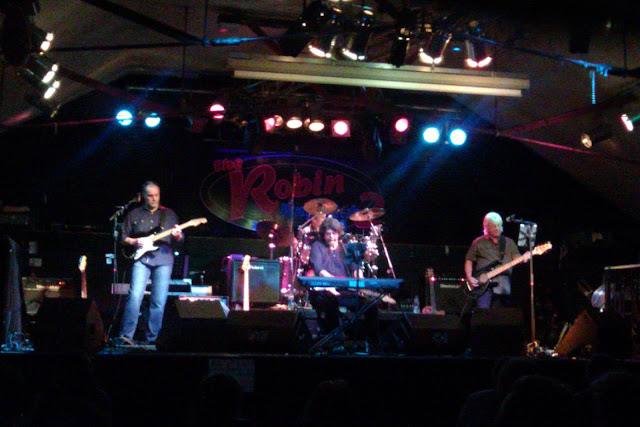 #435: Hello ... Hello ... my old friends ... It's great to see you once again! When The Beatles released their last studio album "Abbey Road" on Friday 26th September 1969, they left us not only with, in my opinion, their best album but also their most eclectic, tight and musically varied effort too. The whole LP was a tour de force of all the qualities that The Beatles espoused in their career. These tracks were the soundtrack to many and an inspiration to a generation of budding musicians:

A little over forty three years later at The Robin 2 in Bilston near Wolverhampton, The Abbey Road Experience thrilled a sizeable and enthusiastic audience with a note perfect live rendition of the whole "Abbey Road" set, which was not only a pleasure to witness but - on certain songs in certain places - brought tears to this writers eyes because it was so good a performance, true to that legendary recording from the Fab Four. 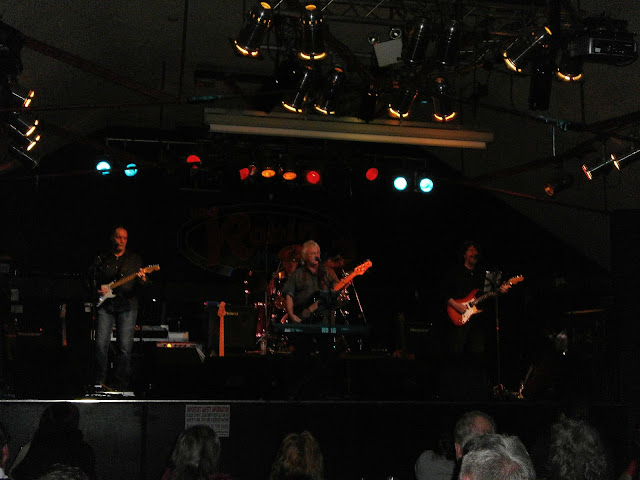 The great thing about this band is that on paper they are as musically diverse a group of musicians as you can find. But it has to be said that Chris Brighton (Desperado) on Guitar/Vocals, Phil Bates (Quill/Trickster/The Move/ELO Part II/The Orchestra) on Guitar/Keyboards/Vocals, Derek Holt (Climax Blues Band) on Bass/Keyboards/Vocals, Steve James on Drums/Vocals with Colin Noon deputizing for Pete Hughes on Keyboards, owned not only the stage last night, they completely captivated the audience with two sets of Beatles classics, the first being "Abbey Road" and the second being their live interpretation of those classic compositions such as: "Get Back" to "Across The Universe" to "In My Life" to "If I Needed Someone" to "The Long And Winding Road" to "If I Needed Someone" to "Taxman" to "Paperback Writer" to "Nowhere Man" to "Let It Be" and "Hey Jude".

The Abbey Road Experience are made for venues such as The Robin 2 and they have matured as a quintet significantly since I first 'experienced' them at Lichfield earlier this year in March. I really was and continue to be impressed by this band. Why not visit their web site to catch up on latest news; gig listings and also have a listen to the fiveaudio and video clips from their marvellous "Abbey Road" set thus: