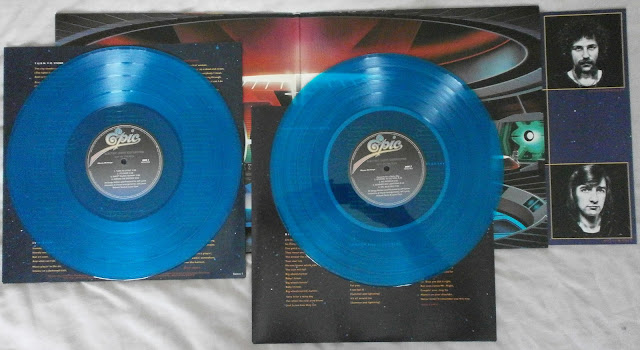 #386: Hello... Hello ... my old friends ... It's great to see you once again! 2012 is turning out to be a fine year for buying newly released vinyl (both in 7" and 12" formats) again for the first time in a very long time. Whether it be the 40th Anniversary "First Light" release of "The Electric Light Orchestra" (a.k.a. "No Answer" in the US) by EMI/Harvest or the debut of "The Olympus Sound" by Pugwash on vinyl courtesy of LoJinx or the triple re-release of those classic ELO LP's "Eldorado", "A New World Record" and now "Out Of The Blue" (in beautiful blue vinyl) by Music On Vinyl, it has to be said that there is absolutely no comparison to the thrill of buying records again! 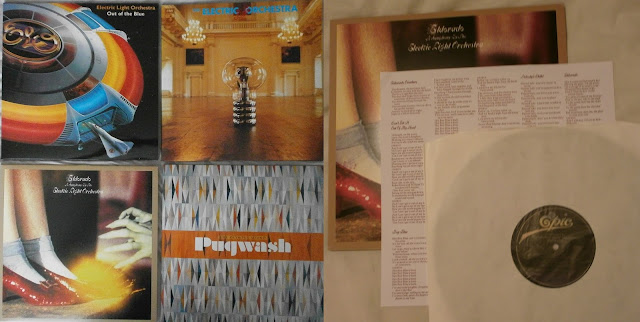 Music On Vinyl have just released OOTB and Yours Truly KJS and ELO Beatles Forever (ELOBF) has to not only congratulate Music On Vinyl for the wonderful job that they have done in reissuing "Out Of The Blue", but also for the attention to detail and the fantastic end product. The sleeve packaging is superb, the inner sleeves perfectly replicate the originals and even the OOTB ELO poster is included. The only thing missing is the classic Jet Records label and that cut-out spaceship! 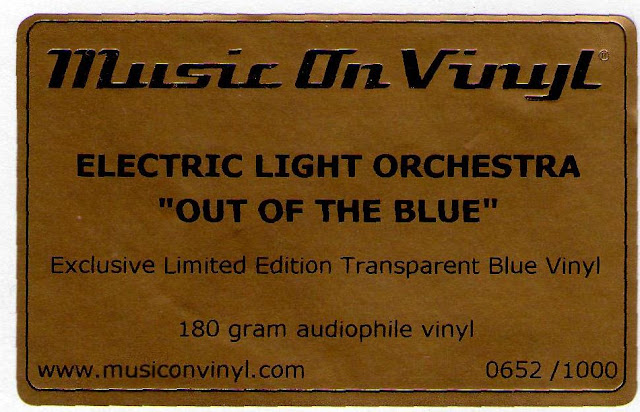 Hence, with the much anticipated new Jeff Lynne/ELO albums also being released on CD and LP in October, ELO (and related artistes) vinyl (and CD) collectors are in for a bumper year!