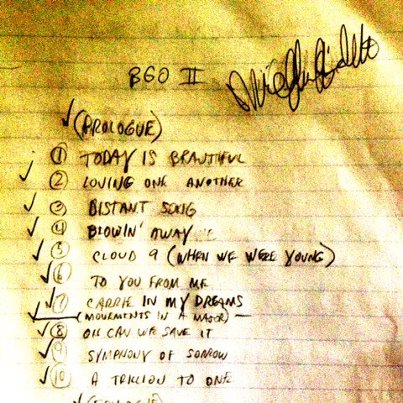 #365: Hello ... Hello ... my old friends ... It's great to see you once again! Yours Truly KJS was trawling through YouTube the other day looking for a rare video clip to support a yet future ELO Beatles Forever [ELOBF] article and fortuitously stumbled across these three short animated clips for Bubble Gum Orchestra that I think are really cool thus:

Regular visitors to ELO Beatles Forever [ELOBF] will know that we are very excited about the forthcoming follow-up to "Out Of This World" and that BGO with Michael Laine Hildebrandt have featured not a few times here in the last six months thus:

Indeed, BGO announced recently that "All instrumentation including vocals and orchestration have been completed for the NEW Bubble Gum Orchestra album due out worldwide later this year. Mixing has begun and Michael is super excited to share this "premier" track listing for the upcoming CD"