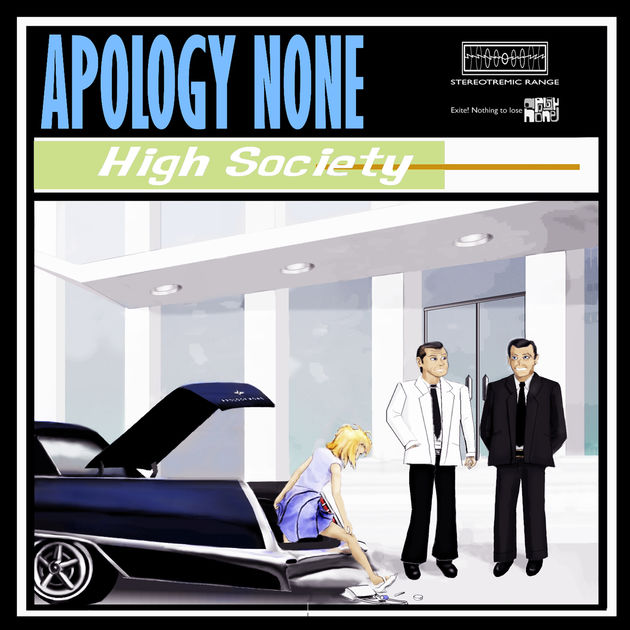 #360: Hello ... Hello ... my old friends ... It's great to see you once again! Without a doubt, ELO's progenitors The Move traversed the sixties and could said to have been not only eclectic but also psychedelic in certain of their phases. And any band seeking to replicate that particular genre now has to be dedicated and suitably enthused. But to also do it under the guise of a cartoon band is truly a challenging undertaking. As an example, one thinks of ABC's amazing 1985 release "How To Be A Zillionaire" as they evolved from a five piece to a duo via their own cartoon phase. Yours Truly KJS 'met' Tim Ross a.k.a. Terry Summer - a huge fan of The Move and ELO - via the excellent DJ Shaz Kuiama's Radio Backtrack show "Through The Years" chat room. Tim mentioned to me about the latest CD release by Apology None - his very own cartoon band by the name of "High Society" - and also their animated video releases over on YouTube at:

As a result of those conversations, Yours Truly KJS decided to order "High Society" from amazon.com. It's a recording steeped in psychedelia and is as "groovy" a tribute to that era as that of the previously ELO Beatles Forever [ELOBF] reviewed "Red Hot" by Ivory Tower Project was to AOR in the seventies and eighties. I like this album and might I suggest that you take a look at the bands web site in order to not only find out out more about Apology None but to also consider getting a hold of "High Society" for yourself thus:

ELO Beatles Forever [ELOBF] recommends "High Society" by Apology None to those enlightened folks who enjoy the music of ELO, Jeff Lynne, Roy Wood, The Move, The Idle Race, 'Brum Beat', The Beatles and related artistes.