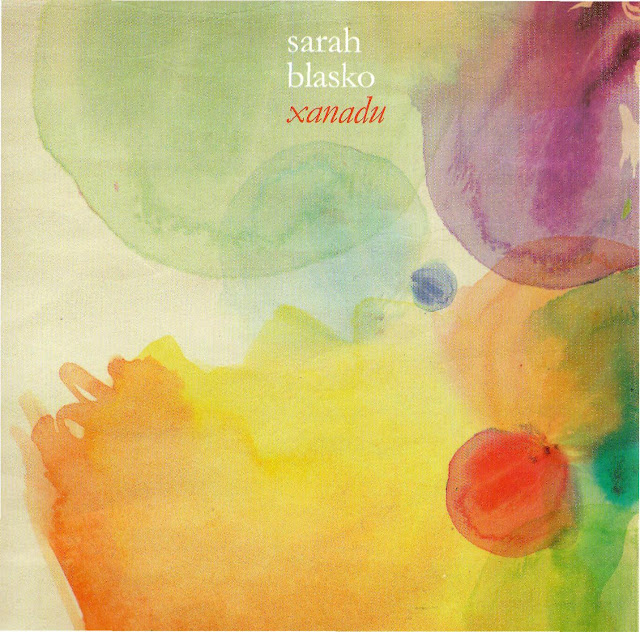 #346: Hello ... Hello ... my old friends ... It's great to see you once again! Not without coincidence - and in the same week that Yours Truly KJS posted this article about the excessive bidding on eBay for that ultra-rare 10" "Xanadu" picture disc - a surprise arrived in the post this this morning in the form of a single track demo of a lovely version of that ELO/Olivia Newton-John classic "Xanadu" that was released by Sarah Blasko last October thus:

The recording consists of Sarah singing with just a piano accompanying her and I have to admit it's a nice interpretation of the Jeff Lynne penned song. It very much reminds me of one of my other favourite artistes Katie Melua - who is ironically enough a label mate of Sarah's on Mike Batt's Dramatico label. The song was released on a five track EP entitled: "Cinema Songs" and was preceded on the EP by the songs: "Seems Like Old Times" (from Annie Hall) ~ "Something Good" (from The Sound Of Music) ~ "Maybe This Time" (from Cabaret) ~ "Out Here On My Own" (from Fame)

Whereas the version of "Xanadu" released by Sharleen Spiteri in her 2010 release "The Movie Songbook" was very true to the original and commendable, this stripped-down, almost classical version is truly beautiful to hear. I like it a lot for its simplicity if nothing else:

"Cinema Songs" and "Xanadu" by Sarah Blasko can be purchased from amazon.co.uk in CD/digital formats via these links thus: