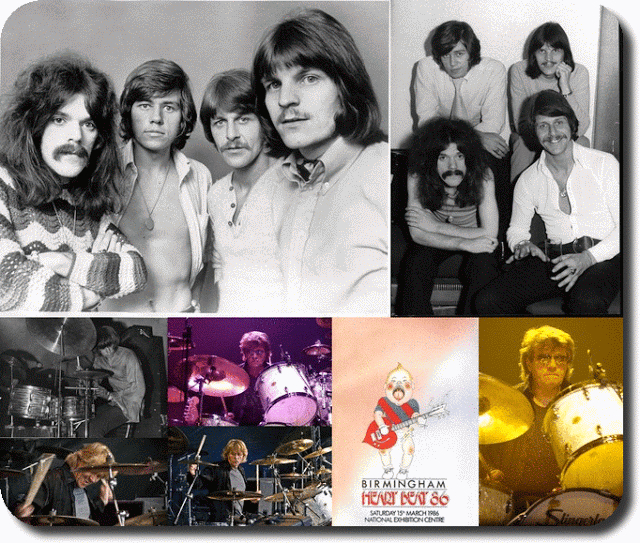 #351: Hello ... Hello ... my old friends ... It's great to see you once again! The forthcoming appearance of Bev Bevan's The Move at the Brewood Music Festival in July has been preceded by an excellent interview series by Jason Bate with The Move, ELO and Black Sabbath legend, published recently over four [4] weeks for The Village Times between 6th and 27th May respectively. Jason has kindly granted permission for ELO Beatles Forever [ELOBF] to publish his interview in its entirety. I hope you enjoy reading it as much as Yours Truly KJS has enjoyed pulling it together.

Bev Bevan was born in Sparkhill, Birmingham on Saturday 24th November 1945. He was educated at Moseley Grammar School, gaining two 'O' level passes before starting work as a trainee buyer at the Beehive department store in Birmingham with school friend Bob Davis [Jasper Carrott]. His professional music career began with Denny Laine & The Diplomats [Denny Laine later of Moody Blues & Wings fame] before a stint with Carl Wayne & The Vikings. Bev was a founder member of The Move in late 1965 along with Roy Wood, Trevor Burton, Ace Kefford and Carl Wayne. Bev was also a founder member of the Electric Light Orchestra [ELO] in 1971 and was also a member of Black Sabbath in the 1980’s. Village Times caught up with Bev recently ahead of his performance with Trevor Burton at this years’ Brewood Music Festival. Read our interview with Bev as he talks about The Move, ELO, touring and lots more!