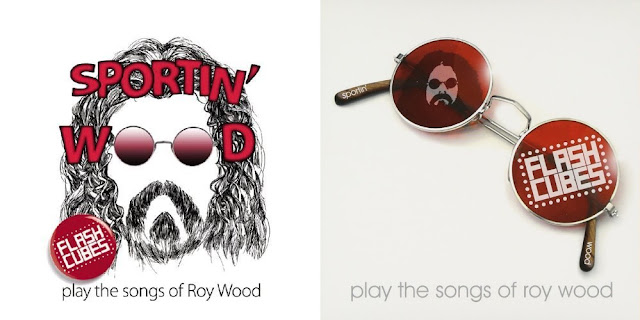 #327: Hello ... Hello ... my old friends ... It's great to see you once again! You may recall an ELO Beatles Forever (ELOBF) post back in February regarding the forthcoming release by The Flashcubes - an established band, formed in 1977, from Syracuse, NY, USA - who are releasing their new album of Roy Wood covers entitled "Sportin' Wood" in Japan initially in April 2012 with other territory releases to follow. ELOBF will hopefully publish details of US/European release dates shortly:

Within the above article; you will find two YouTube clips of "Hello Suzie" and "Blackberry Way" as performed live by those very Flashcubes. And as if to further whet the musical appetite, the band has just published another YouTube video with the studio recording of their version of Roy's 1973 (UK: #8) hit "Forever" thus:

Yours Truly KJS thinks that you will agree that based on the above video, this promising new album paying tribute to the genius of Roy Wood is well worth looking forward to!

ELO Beatles Forever (ELOBF) recommends "Sportin' Wood" by The Flashcubes to those enlightened folks who enjoy the music of ELO/Jeff Lynne, Roy Wood, The Move, 'Brum Beat', The Beatles and related artistes.