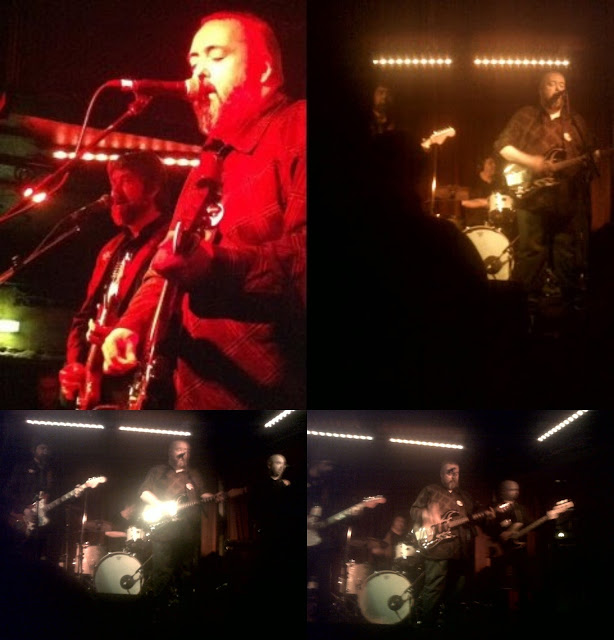 #328: Hello ... Hello ... my old friends ... It's great to see you once again! When Yours Truly KJS purchased my tickets for the Pugwash gig at The Borderline in London (on Saturday 31st March), it was without the necessary 20/20 vision of anticipating the circumstances that would sadly prevent me preventing me from attending said concert. Hence, it was perhaps fitting and apt that I asked the man who introduced me to this fantastic ELO/Beatles influenced Dublin-based Irish quartet - namely Mark Burrows - to review the concert for me. So here is the first ELO Beatles Forever gig review by our roving reporter Mark for you to savour and peruse thus:

"I had trouble finding the bloody place! It's an unassuming entrance down a side alley off Charing Cross, small, almost Cavern-like in atmosphere. It was the smallest venue that I'd ever seen Pugwash play in. The first band - Farrah - had their roots firmly in power pop. Mellotron and jaunty "Mr. Blue Sky" type thuds and bumps throughout. Only a three piece band but with a nice sound. The lead singer reminded me of Ian Brodie from The Lightning Seeds. The second artist, a guy called David Myhr, who I think was Swedish, was a likeable chap who commented on the fact that "... bringing pop music to Britain was akin to selling sand to the arabs!" A nice touch! He had a heavier sound, a bigger band, but it was still rooted in English pop music. 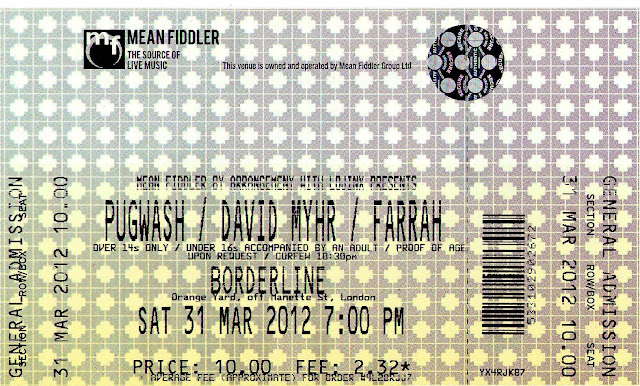 Pugwash then came on, quietly, with no fanfare as usual and launched into another great set. "Apples"; "There You Are";"Dear Belinda"; "Anyone Who Asks"; "Fall Down". A lovely version of: "Here" followed by: "Answers On A Postcard" and a great version of The Duckworth Lewis Method's single "Age Of Revolution". The outstanding song of the night - for me anyway - was the blistering "15 Kilocycle Tone". They sounded great. Then again, they always do."

Mark's daughter Sophie has provided four of the above photographs with the other being used with the kind permission of Derek Carter. It looks as if I managed to miss another cracking live performance by a band that fully intend to see perform live ... and soon!

Pugwash are Thomas Walsh, Tosh Flood, Shaun McGee and Joey Fitzgerald. Please be advised that the UK release of their brilliant latest album "The Olympus Sound" via LoJinx Records will be on Monday 16th April in either CD, digital or vinyl formats. You can find out more about Pugwash &/or buy their albums in various formats via these reputable sites thus:

Also, my much delayed - if not "lo-jinxed" - interview with Thomas Walsh for ELO Beatles Forever (ELOBF) should hopefully be published later this month to more or less coincide with above noted UK release of "The Olympus Sound".