#307: Hello ... Hello ... my old friends ... It's great to see you once again! Did you know that the duo formerly known as Groucutt & Haynes are now a 'new' group named River City Portrait? Yes, the dazzling duo have been joined by Robin's brother Steve Groucutt on bass guitar. This seems to me to be most apt as we see the Groucutt clan following on in the steps of the late, great and much-missed Kelly Groucutt, especially as we approach the third anniversary of his passing. Whilst we await the unveiling the groups new percussionist, the band have been busy working on a new album, web site and single entitled "Living On The Inside" which can be viewed below thus:
An acoustic version of another new RCP song "Made It Through The Last Time" has also been made available on their web site for you to listen to as well as the aforementioned new single "Living On The Inside" - which will be available to download from Monday 13th February - from either River City Portrait &/or SoundCloud. This does indeed look like another exciting project for Yours Truly KJS and ELOBF to support and monitor the progress of thereof. 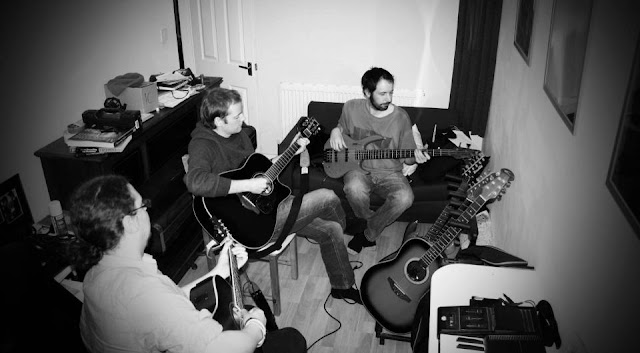