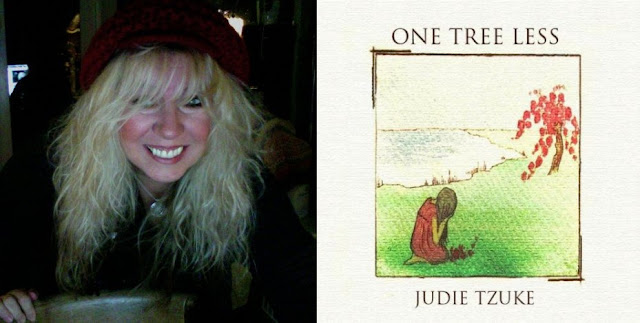 #290: Hello ... Hello ... my old friends ... It's great to see you once again! People that know me also know [apart from my love of all things ELO] that I'm also a huge fan also of that marvellous songstress and musician Judie Tzuke. Earlier today, Yours Truly KJS touched base with Judie regarding her upcoming Spring 2012 UK Tour and the subject of our chat turned to ELO and The Beatles. I asked Judie a couple of questions and she was gracious enough to respond thus:

KJS: "What would be your fave Beatles track and why?
Judie: "Of course ... "Hey Jude" because it's my name and I loved it and 'The Beatles' ... I always felt it was written for me as a child but obviously I know now it wasn't ... But I sang it anyway!"

KJS: "Do you have a fave ELO track too?"
Judie: "Well! I do remember buying "Evil Woman" and playing it over and over. Probably a bit of hairbrush miming and dancing on the bed went on too at that time! No particular reason but that it was a memorable time in my life but I didn't think that this song was written for me!"

Judie is touring the UK between Friday 9th March and Monday 2nd April to promote her latest album "One Tree Less". I plan to be at the final gig of the tour at Worcester in April. Full ticket information can be found on Judie's web site at: www.tzuke.com. The tour dates and venues are: