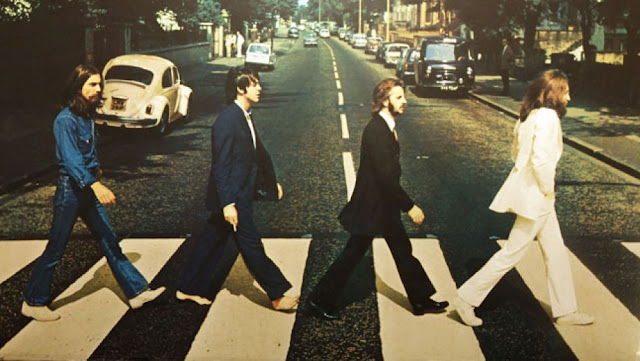 #282: Hello ... Hello ... my old friends ... It's great to see you once again! Here's some exciting news regarding former Trickster, ELO Part II and The Orchestra front man Phil Bates. Regular visitors to ELO Beatles Forever (ELOBF) will doubtless be aware of Phil's recent decision to continue with his German projects in 2012: ELO Klassik and The Music of ELO as well as (of course) The Beatles Blues and Blue Violin Project - but not as a member of The Orchestra (former members of ELO and ELO Part II) thus:

An Appreciation Of Phil Bates

And here is that news. Phil Bates announced on Wednesday 7th December that he has a new project in the works with Chris Brighton for next year, named The Abbey Road Experience. The new band will cover live, note by note, the whole of The Beatles' final seminal 1969 album "Abbey Road" which (of course) includes classics such as "Come Together", "Here Comes The Sun", "Something" and not a few others. Here is the text of Phil's announcement:

"I would like to tell you all about my new project - The Abbey Road Experience - which will seek to reproduce The Beatles Abbey Road album note for note, or as near as possible, on stage in a 'live' situation. Involved in this project are Chris Brighton and Steve James from Eagles tribute 'Desperado', and Derek Holt from Climax Blues Band. In fact, the whole thing was Chris' idea ... it came to him in a moment of madness, I think ... As yet we haven't decided on a keyboard player, but this will happen soon. Rehearsals are under way, and first gigs will be in March 2012. Our main focus will be October 2012 for a tour ... the March dates will be largely to assess whether we have an audience for this, and to make sure it all works musically. Look at my gig page for details! Suffice to say, I am very excited about this project. It is a BIG challenge, but one I am very excited about. I hope you will come and support us."

The new band will include two members of the superb Eagles tribute band Desperado in Chris Brighton and Steve James plus ex-Climax Blues Band founder Derek Holt. A keyboard player will be announced in the near future. The band are planning to commence gigging in March looking towards an October tour. To this writer, it's an exciting new band to look forward to seeing and hearing! Yours Truly KJS/ELOBF will (naturally) recommend and endorse The Abbey Road Experience.

Note also those ever increasing and strengthening links between The Beatles and ELO universes in that we have a new Beatles flavoured project that features current BBBV and ex-ELO Part II member Phil Bates in tandem with former CBB member Derek Holt - who was himself also a former band mate of ELO Part II co-founder Pete Haycock. Watch this space!