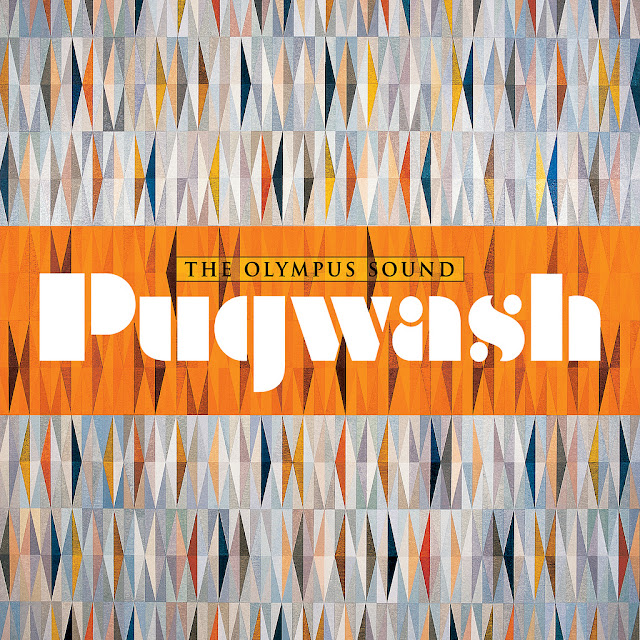 #272: Hello ... Hello ... my old friends ... It's great to see you once again! Without doubt I owe my knowledge and appreciation of the eclectic but brilliant Dublin based Irish quartet Pugwash to my good friend Mark Burrows. It was Mark who suggested that I take a somewhat belated listen to their fifth album, the August 2011 release "The Olympus Sound" as well as their previous set "Eleven Modern Antiquities" - being acutely aware of my interest in all things ELO and related.


I had heard the musical talents of Thomas Walsh from his close association with fellow ELO inspired musical partner Neil Hannon (The Divine Comedy) in their Ivor Novello nominated and ingenious collaboration The Duckworth Lewis Method plus some YouTube footage from their ELO cover of "Mr. Blue Sky" et al. I contacted Thomas direct and he kindly emailed me the album as a download but I was more comfortable with actually buying and supporting the band before I set about reviewing it in this particular case.

"The Olympus Sound" is truly a superb set of twelve well-crafted examples of the real and true art of songwriting. Almost all of those songs come from the pen of Mr. Walsh. I can honestly say that there is not a weak track on this album. To quote the late, great Kelly Groucutt: "It's blummin' marvellous!". Add to that one song co-written with former XTC front man Andy Partridge and some very slick co-production by Tom and fellow Pugwashian Tosh Flood and you have something approaching the perfect pop album.

Trax: "Answers On A Postcard" ~ "There You Are" ~ "To The Warmth Of You" ~ "Fall Down" ~ "Be My Friend Awhile" ~ "Dear Belinda" ~ "15 Kilocycle Tone" ~ "I Don't Like It But I Gotta Do It" ~ "Here We Go 'Round Again" ~ "Such Beauty Thrown Away" ~ "See You Mine (Coda)" ~ "Four Days"
I'm struggling to name a fave track but if I had to it would be the witty and uplifting guitar driven composition "I Don't Like It But I Gotta Do It". When you listen to the album a few times over - and you will do that! - you not only recognize the influence of the ELO sound; song construction and arrangements of one Jeff Lynne. You also hear and feel The Beatles and The Beach Boys throughout the recording too. It really is like a kind of musical journey through the songsmithery of all those classic sixties and seventies artistes that we all cherish and their output of 'feel good' songs. I honestly believe that it would be better for you to listen to this CD yourselves rather than read my track-by-track commentary!

You can find out more about them, their discography and/or buy their albums in either CD or download format from these reputable sites:

I'm also pleased to announce that Yours Truly KJS will be interviewing Thomas Walsh for ELOBF soon! ELO Beatles Forever (ELOBF) recommends "The Olympus Sound" by Pugwash to those enlightened folks who also like ELO/Jeff Lynne, Roy Wood, 'Brum Beat', The Idle Race, The Move, The Beatles and related artistes.