Recommended: Band On The Runn 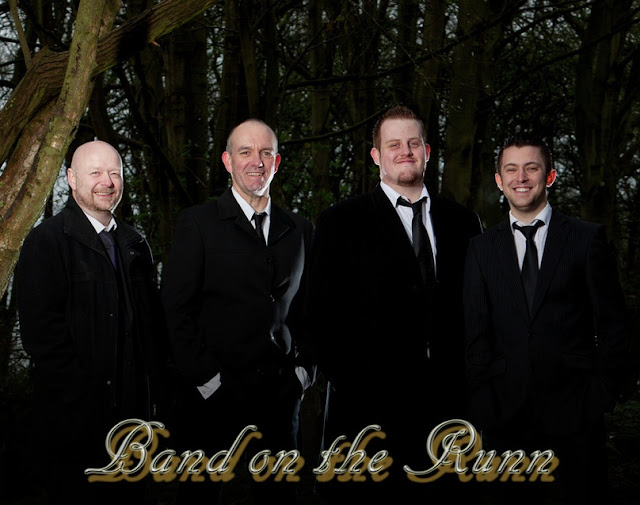 254: Hello ... Hello ... my old friends ... It's great to see you once again! Earlier this year, ELO Beatles Forever (ELOBF) were pleased to introduce you to a new and exciting Paul McCartney (Beatles, Wings and solo) tribute band entitled Band On The Runn and reviewed their first ever gig:

Band On The Runn have now launched their web site and are taking bookings - not only in the West Midlands - but also further afield. Check them out via this link thus:

Yours truly shall hopefully be attending their gigs at The River Rooms in Stourbridge on Sunday 4th December and The Kingfisher in Kingswinford on Friday 13th January 2012. Yours Truly KJS looks forward to many and more gigs being announced in the near future. Your interest and support is, of course, much appreciated by Band On The Runn.

ELO Beatles Forever (ELOBF) recommends Band On The Runn to those enlightened folks who enjoy the music of ELO/Jeff Lynne, Roy Wood, The Move, The Idle Race, The Beatles, 'Brum Beat' and related artistes.
Until next "Time" in the ELO (and related) Universe ... KJS ... 03-Oct-2011
Posted by Keith J Sinclair at 20:33