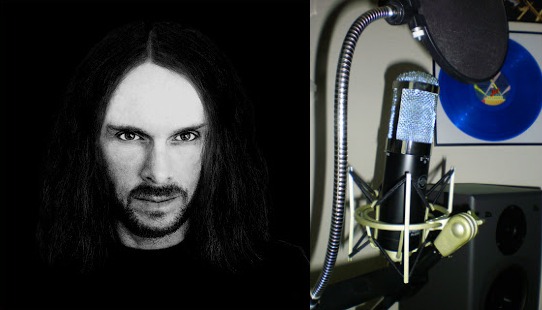 #264: Hello ... Hello ... my old friends ... It's great to see you once again! A very warm welcome to Michael Laine Hildebrandt (MLH) who is - to all intensive purposes - Bubble Gum Orchestra [BGO] - for this long-distance interview with ELO Beatles Forever (ELOBF). We are all impressed with your debut release "Out Of This World". Whilst it cannot be said to be a parody of the ELO classic "Out Of The Blue", there are so many references to that album, ELO's trademark signature themes and their  immense back catalogue of songs!

Yours Truly KJS would like to extend my appreciation and thanx to Michael Laine Hildebrandt for participating in this interview. ELO Beatles Forever (ELOBF) recommends "Out Of This World" by Bubble Gum Orchestra to those enlightened folks who enjoy the music of ELO/Jeff Lynne, Roy Wood, The Move, The Idle Race, 'Brum Beat', The Beatles and related artistes.