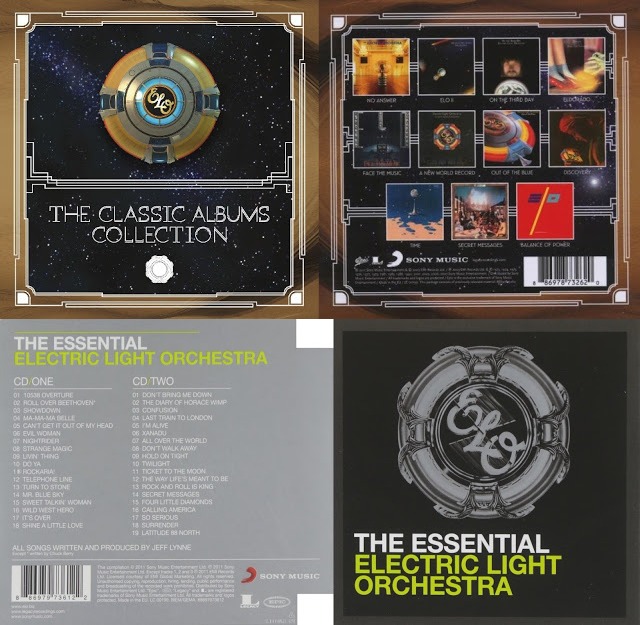 242: Hello ... Hello ... my old friends ... It's great to see you once again! In the absence of a new original ELO/Jeff Lynne release and with many thanx both to Chris 'Surrender' Evans and Jerry Palovick's fantastic A Jeff Lynne And Related Blog, ELO Beatles Forever (ELOBF) has news of  a couple of new SonyBMG/Epic Legacy releases both in the US and here in the UK.

In the United States, an eleven (11) album ELO CD combo (from "No Answer" to "Balance Of Power" - but excluding "Xanadu") entitled "The Classic Albums Collection" is being released on Tuesday 13th September and is available from Pop Market at £49.99 or $79.99 (includes a $20 reduction) and hopefully other reputable retail outlets:

In the United Kingdom, a new 37 track, 2CD compilation entitled "The Essential Electric Light Orchestra" featuring nearly all of the ELO UK single releases from "10538 Overture" to "Latitude 88 North" (including "Do Ya", "It's Over" and "Surrender" but not "Here Is The News" or "Getting To The Point") is to be released on Monday 10th October. It is priced at just £6.77 from amazon.co.uk and hopefully other reputable retail outlets: