#235: Hello ... Hello ... my old friends ... It's great to see you once again! One of the great pleasures of running ELO Beatles Forever (ELOBF) is that I get to cross paths with not a few folks who exist in that ELO/Beatles musical sphere. And one of those folks whom Yours Truly KJS has encountered in person is Pete Dicks, founder and presenter of the famed worldwide syndicated radio show Beatles & Beyond.

Pete asked my family over earlier this evening to a BBQ to celebrate his upcoming birthday with friends and listeners. Whilst there, I met some of his family and acquaintances and was privileged to see BBHQ in person. We were also treated during the evening to Pete's acoustic guitar versions of various songs by The Beatles and ELO (if not others), ably assisted by Felipe Coe - who is the drummer with the Brazilian Beatles outfit The Blue Beetles - and will performing at the International Beatles Week Festival in Liverpool between 24th and 31st August. Both chaps performed classics including "Can't Get It Out Of My Head", "Dear Prudence", "Here Comes The Sun" and "Something" to cap a fine evening. I'm hoping to interviewing Pete for ELOBF soon and we are both still committed to putting together an ELOBF special on Beatles & Beyond at some point in the future. Check out Pete Dicks' magical mystery tour of a radio show at Beatles & Beyond via this link thus:

ELO Beatles Forever (ELOBF) recommends Beatles and Beyond to those enlightened folks who enjoy the music of ELO, Jeff Lynne, Roy Wood, The Move, The Idle Race, 'Brum Beat', The Beatles and related artistes.

#234: Hello ... Hello ... my old friends ... It's great to see you once again! Sunday means that you could - if you so choose - tune into The Light Shines On Radio Show over at Radio BackTrack. It's truly a light fantastic show hosted by DJ Shaz "Kuiama" Pratt that always features ELO and their extended musical family members over the whole four (4) hour (or longer) slot!

The show goes out between 3:00PM and 7:00PM every Sunday - and it can run over for a couple of hours longer on the odd occasion too! Please feel free to click on the link below to reach Radio Backtrack and the superb chat room thus: 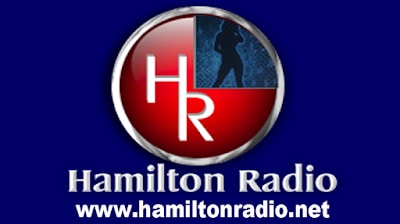 #233: Hello ... Hello ... my old friends ... It's great to see you once again! Friday means that you could - if you so choose - tune into the "KJS Suggests" slot over on Hamilton Radio, which regularly features artistes including ELO [and extended family members] amongst not a few others! The show also features new and upcoming bands with a link or musical nod to ELO such as Fragile X and WelshMansHill.

The show goes out between 1000 and 1200 EST which [at the time of writing] equates as 1700 to 1900 here in England [I think!]. Please note that there will also soon be a mystery guest presenter compiling the play lists for the show during the second half of August for me!

Please feel free to click on the link below to reach Hamilton Radio - a partner of ELO Beatles Forever [ELOBF] and a wonderful family friendly radio station located in Hamilton, New Jersey, USA - that plays a fair proportion of ELO and related artists music 24/7 - and also hosts Pete Dicks' "Beatles and Beyond" and Martin Kinch's "Cherry Blossom Clinic" radio shows too:

#232: Hello ... Hello ... my old friends ... It's great to see you once again! Have you ever got around to doing something and then - when you have done it - wondered why it took you so long to get around to it? That was the train of thought as Yours Truly KJS returned home to Wolverhampton last night [Saturday 9th July] after journeying with Chris 'Omnibus' Evans to The Waterfront at Barton-under-Needwood in Staffordshire to witness a gig by guitarist Trevor Burton, enigmatic former founding member of The Move [1966-1969] and The Trevor Burton Band - who also feature Bill Jefferson [Drums] and Pez Connor [Bass Guitar/Vocals] thus:

In a fantastic venue located astride Barton Marina, I had the great pleasure to attend a concert by this marvellous trio, fronted by a genuine legend of a blues guitarist who clearly demonstrated strong hints of Jimi Hendrix in his interpretations of classic blues and southern blues standards as well as his own compositions. Alas there was no place for any material from his time with The Move but I think that it would have been out of place. Indeed, from the standard of his guitar craft, you could start to imagine what those legendary gigs at The Marquee were like!

The band were tight - it was remarkable to see the dynamics of this trio as Trevor's two band mates were clearly enjoying themselves but - at the same time - totally in awe of the maestro. It was like watching a big brother with his two siblings. A real musical family unit. And we didn't even miss the element of keyboards either as they delivered songs including “There's Gonna Be Trouble Tonight”, “Sunshine Of Your Love”, “Born To Run”, “Heartbreak Hotel” and “Time Is Running Out”. Sadly we did not hear the legendary "Werewolves of London", but there is always the next gig to look forward to for that! 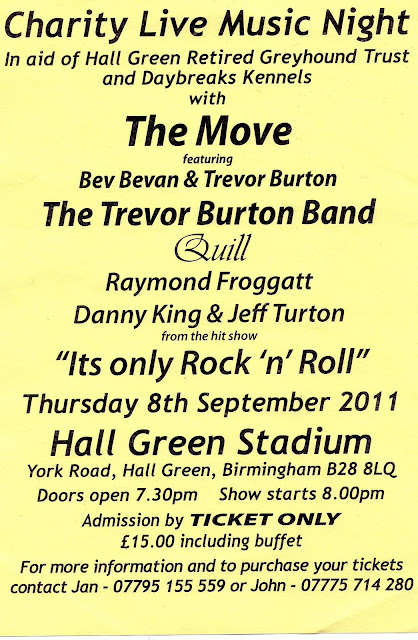 #231: Hello ... Hello ... my old friends ... It's great to see you once again! It was my great pleasure to accompany Chris 'Disturbance' Evans whilst travelling over to Barton-under-Needwood last night [Friday 8th July] to witness a live concert next week by former founding member of The Move [1966-1969] - guitarist Trevor Burton - and his band - The Trevor Burton Band who also feature Bill Jefferson [Drums] and Pez Connor [Bass Guitar/Vocals]:

ELO Beatles Forever [ELOBF] will be publishing a review of the aforementioned gig in the very near future and in the meantime, we are pleased to promote the above live music event at Hall Green Stadium in Birmingham on Thursday 8th September in aid of a charity very close to Trevor's heart and will feature The Trevor Burton Band [naturally!], Geoff Turton, Danny King, Raymond Froggatt, Quill and [naturally] The Move who, of course, feature Trevor and Bev Bevan.

Yours Truly KJS is also very pleased to confirm that Trevor has agreed to an interview with me for ELOBF ... something to really look forward to [hopefully]!

#230: Hello ... Hello ... my old friends ... It's great to see you once again! Yours Truly KJS has made some discrete enquiries as to the position regarding the much anticipated ELO Fan Convention that was due to be held over the third weekend of August in Tamworth thus:

As I understand it, the main reason is the unavailability of Phil Bates [as well as other artistes] who is touring extensively over in Germany during the originally intended date between 19th to 21st August.

Tina McBain and Ian Gibbons are at present looking at a rearranged date in 2012. If and when this event happens, I've no doubt that it will meet all the expectations of the ELO fan community "All Over The World". My thanx are extended to Jeff Cooper for appraising me of the situation.

The event [Facebook] administrators - namely Jim Hoban, Ken Latta, Tina McBain, Ian Gibbons and Jeff Cooper - all need your support in arranging what I'm sure will be an [Electric] Light fantastic experience!

Looking On: The Trevor Burton Band

#229: Hello ... Hello ... my old friends ... It's great to see you once again! With a little luck and a fair wind trailing, there is a very strong possibility that Yours Truly KJS shall (at long last) be in a position to go see Trevor Burton - founding member of The Move (1966-1969) and The Trevor Burton Band - who also feature Bill Jefferson (Drums) and Pez Connor (Bass Guitar/Vox). 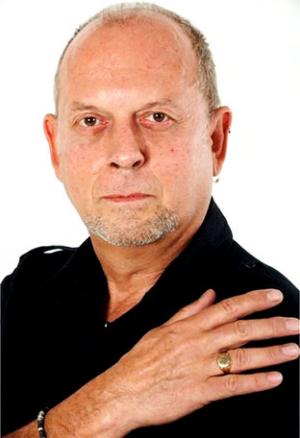 The gig is at The Waterfront Pub & Restaurant, Barton-under-Needwood in Staffordshire next Friday 8th July and begins at around 10:00PM - meaning a late finish!