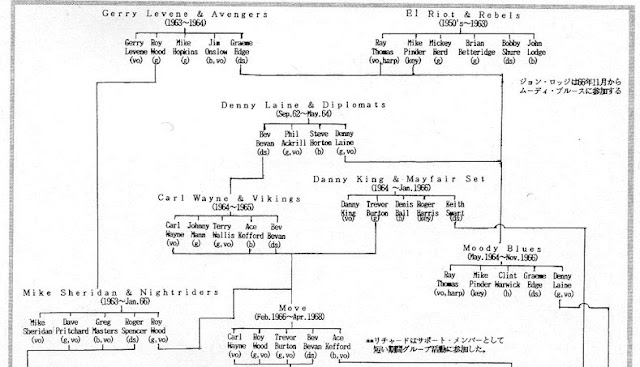 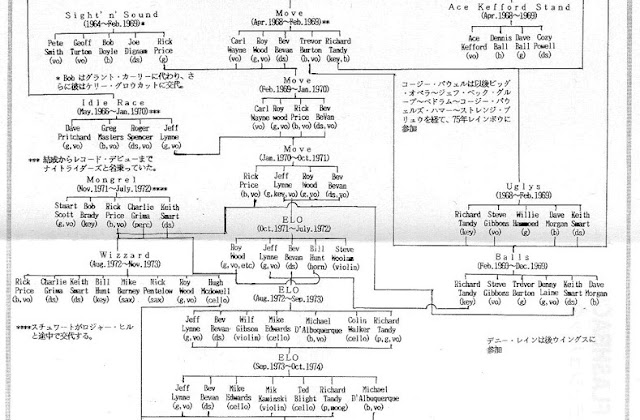 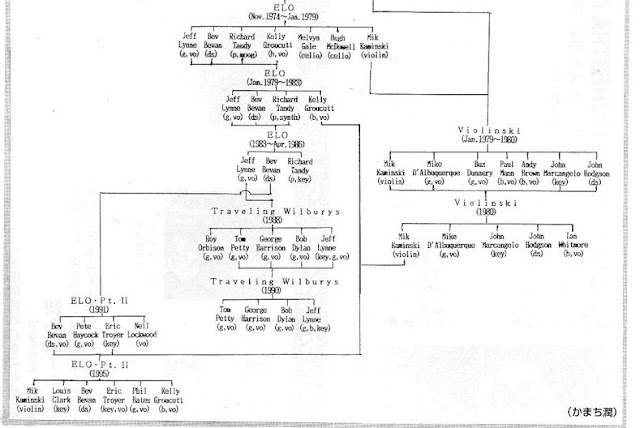 #218: Hello ... Hello ... my old friends ... It's great to see you once again! Here's something interesting. Yours Truly KJS was participating in some research for ELO Beatles Forever (ELOBF) earlier today and, whilst checking out my Japanese import of the 2001 ELO release "Zoom", I rediscovered the above ELO family tree in the additional Sony Japan CD booklet. What is interesting is that there is a mention of and the inclusion of ELO Part II therein. It could be the only official ELO release on Sony that actually mentions Part Two at all. I just thought it of note that the band Bev Bevan founded and led from 1988 to 1999 was mentioned at all!