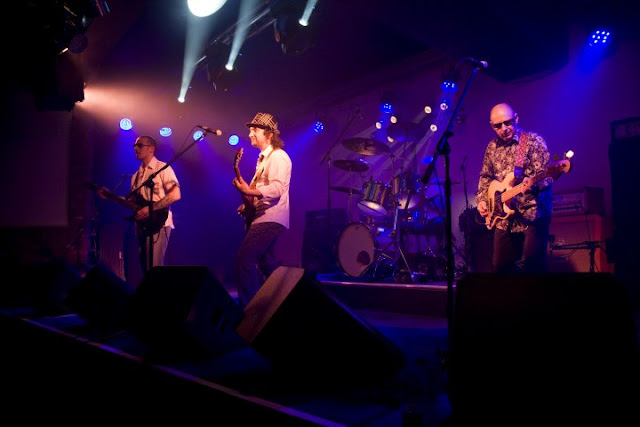 #199: Hello ... Hello ... my old friends ... It's great to see you once again! Yours Truly KJS travelled over to Hednesford on the edge of Cannock Chase last night [Saturday 2nd April] in order to join the audience for a gig by The Electric Live Orchestra hosted by The Tackeroo venue.

Yours truly nestled into a stool and then had the great pleasure of seeing a band who truly enjoyed themselves and relished the songs they played in tribute to the mighty ELO and Jeff Lynne [plus one song by Chuck Berry!]. Whereas it must be said that that other great ELO tribute band The ELO Experience manage to reproduce the complex orchestrations and arrangements of ELO both accurately and superbly; The Electric Live Orchestra [who are now a five-piece] capture the guitar driven rock and verve of ELO in their own unique style. Both bands are a credit to themselves and the ELO fan base.

Last nights concert was a guitar driven musical interpretation of the majority of the ELO back catalogue from "10538 Overture" to "Rock 'n' Roll Is King". I thought that all of the songs were played superbly from the rocky "Xanadu" to "Rockaria" to "Do Ya" to "Ma Ma Ma Belle". Alas there was no "Nightrider" but the whole set was superb and well worth hearing again!