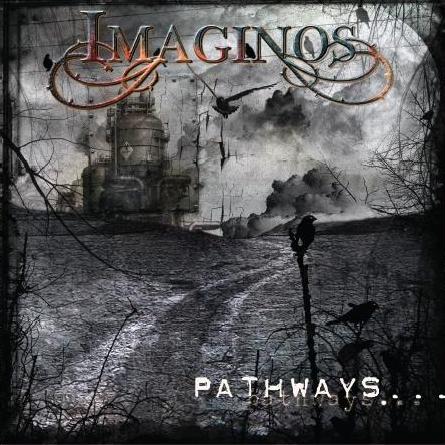 #156: Hello ... Hello ... my old friends ... It's great to see you once again! Yours Truly KJS was delighted on several levels when I finally received a promo CD copy of Imaginos' new album entitled "Pathways" from my good buddy Sean Mack Page. This new release is the musical sister to SMP's previous release via his Fragile X vehicle entitled "Drop In Time", as previously mentioned by ELO Beatles Forever (ELOBF]. "Pathways" does have a strong earthy, Celtic feel about it and a lot of deference to Rush. Within "Pathways", one can identify with some ELO influence, particularly in "Winter Gift", a track that reminds me somewhat of ELO's 1973 take on "In The Hall Of The Mountain King". "Pathways" is largely written by Brian Nicks but - as with all class bands - it is the percussion of SMP that drives the heartbeat of the music. Whilst my own world view sometimes collides with the lyrics, I find this a well-produced and listenable package.

There is a wide variety of styles to be found here with the bonus of Elise Winters' haunting vocals on some of the tracks. It is almost a throwback and a tribute to those great prog rock bands we all know and love but yet it stands up as an original work too. My favourite three traxs are the title track "Pathways", the excellent guitar work of "Seas of Fate" and the aforementioned "Winters Gift". As with most things, to garner your own opinion, it is best to check it out for yourself.

"Pathways" by Imaginos can currently be obtained via these links thus:

ELO Beatles Forever (ELOBF) recommends "Pathways" by Imaginos to those enlightened folks who enjoy the music of ELO/Jeff Lynne, Roy Wood, The Move, The Idle Race, 'Brum Beat', The Beatles and related artistes.