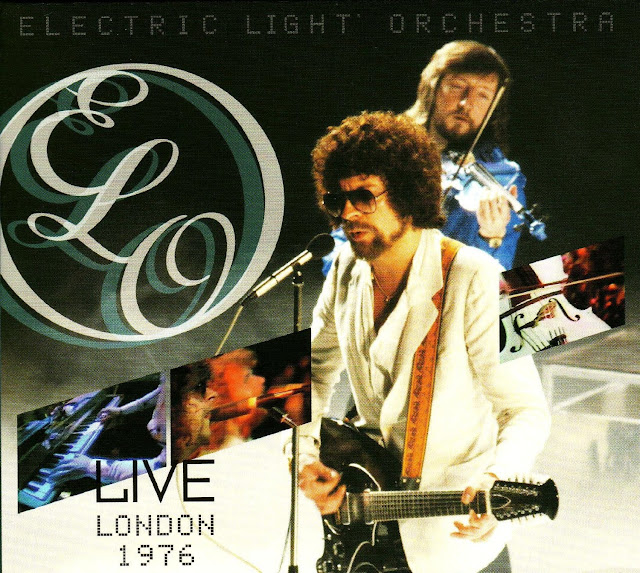 #126: Hello ... Hello ... my old friends ... It's great to see you once again! My French friend Nicolas Guibert over at elodiscovery.com has posted this interesting information on his web site in the last few days regard the other "ELO Live in Concert 1976" DVD/CD thus:

"I recently talked about a DVD and a CD entitled "ELO - Live London 1976" to be released on 14 September 2010. I have got more information now: it's the "Fusion" concert at the New Victoria Theatre in London in 1976 during the "Face The Music" tour. The video is exactly the same version that is already available with the DVD “Electric Light Orchestra - Live - The Early Years" released in August 2010. The track lists of the DVD and the CD are the same."

This new release seems to be a carbon copy of the recent Eagle imprint "Live - The Early Years" so highly praised and recently reviewed in my previous ELOBF article. The artwork appears to have been lifted from the 1979 "Discovery" promo film and not the actual gig in 1976! The only advantage in buying it that I see would be having the whole of the DVD soundtrack on CD too.

amazon.co.uk are taking orders for this item here whilst quoting a release date of Tuesday 14th September and showing no artwork. Is it a worthwhile purchase? It's up to you 21st Century men and women to decide for your good selves ...