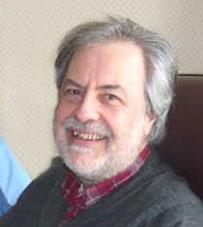 #107: Hello ... Hello ... my old friends ... It's great to see you once again! Yours Truly KJS received a comment over on Berean Beacon the other day, reference this article thus:


"Hi Keith, there are several of these examples around. I personally use the one where Carl Sagan said, "The chance of life spontaneously emerging is 1 with 2 billion zeros after it. Carl was as atheistic as they come. God bless, Colin. (ex-ELO front of house PA mixer for the 1986 tour.)"

The comment was from Colin Owen, who was the front of house PA mixer for ELO for their final live dates back in 1986. He too calls into question the [so called] theory of evolution. This is yet another example of the continuing intertwining that goes on with Yours Truly KJS in regard to my interest in all things ELO and my faith ...