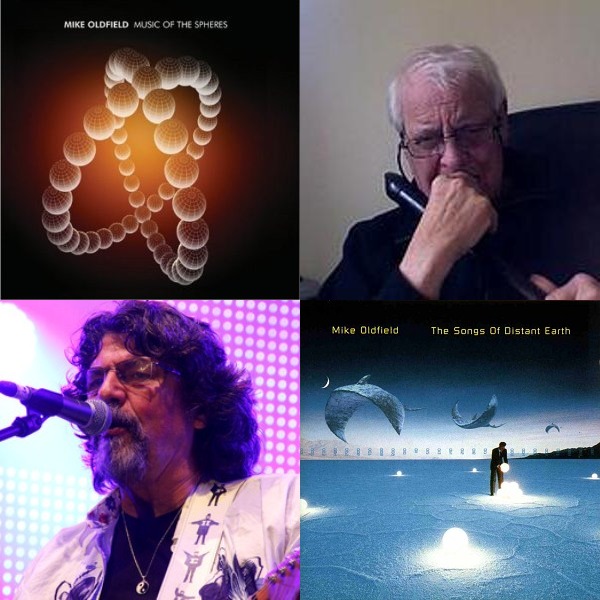 #89: Hello ... Hello ... my old friends ... It's great to see you once again! Yours Truly KJS is no believer in coincidence for a great many reasons and, if you've spent any time with me lately, then you'll be aware of my criticism of the THEORY of evolution (whether it be my views re: the Creation account or Intelligent Design) and the other is that I've bought not a few Mike Oldfield albums recently including "Music Of The Spheres" (2008) and "The Songs of Distant Earth" (1995). So this news regarding a new Phil Bates project featuring Les Penning is therefore worthy of mention:

"Phil is hard at work at the moment recording tracks with Les Penning, who played the recorders on Mike Oldfield's 'Portsmouth' and In Dulce Jubilo', and who appeared on many of Oldfield's best-selling albums. Jo is also contributing low whistle, vocals and keyboards. The music is very English and very folky, and very interesting for someone working way out of his comfort zone. The album, when it appears, will most likely be under the name of Les Penning, and we are hoping to have it released in May in time for the Hay Festival. Maybe even some live dates at some point in 2010. Watch this space."

When I listened to to the introduction of "The Songs of Distant Earth" and heard the words of Bill Anders quoting from the Book of Genesis aboard Apollo 8 whilst orbiting the Moon during Christmas 1968 (with his fellow astronauts James Lovell and Frank Borman), my attention was again gotten. I repeat that I do not happen to believe in coincidence. But to be able to (again) link ELO Beatles Forever (ELOBF) and my personal beliefs together - from Phil Bates to Les Penning to Mike Oldfield to the Book of Genesis (when it was seemingly acceptable to quote it during a 'scientific' escapade some 42 years ago) - strikes me as an affirmation of kinds. My life is full of these thumbprints of design ... and not too many coincidences!