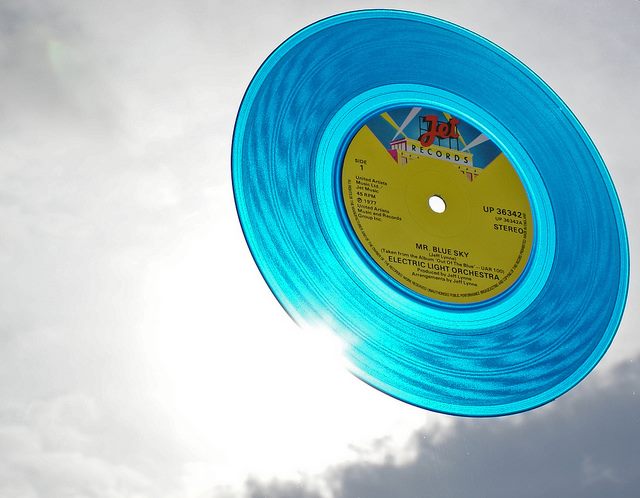 #87: Hello ... Hello ... my old friends ... It's great to see you once again! My ELO gig buddy and good friend Christian 'A Matter Of Fact' Evans has just informed me of some interesting news. And that news is that a campaign has just started and is gaining momentum (over 500 folks have already signed up) on Facebook with the express aim of getting ELO's superb track (and UK #6 hit) "Mr. Blue Sky" up to the coveted #1 single slot in the UK Singles Chart this coming Summer 2010.

Apart from being included now in not a few film soundtracks including "The Magic Roundabout" and the recent release "The Invention of Lying" (and several others) as well as the fantastic ELO themed episode of Doctor Who entitled "Love & Monsters", it was voted #18 in BBC Radio 2's Top 100 documentary "Sold On Song" and it has also been voted the Midlands most fave song ever. It's a classic song by a classic band and well deserving to be ELO's second #1 hit (after "Xanadu") this summer.
Of all the feel good songs about - and boy do we need cheering up folks - this is the best one. Happy times are ahead - especially if  "One Summer Dream" is retained as the 'B' side!