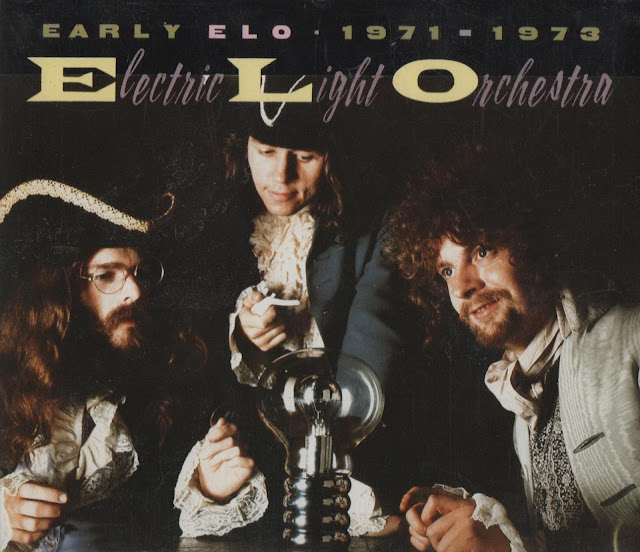 #79: Hello ... Hello ... my old friends ... It's great to see you once again! Speaking as someone who has (sadly) passed the threshold of the age of 40, I find it hard to understand all the fuss and promises of major ELO release activity celebrating the 40th 'anniversary' of Electric Light Orchestra. As far as I'm concerned, 2010 is ELO's 39th birthday because I consider their birth to be in 1971 and not 1970. Their self-titled first album (known, of course, as "No Answer" in the States) may well have been - in part - recorded in 1970 but, to me, as it was released in 1971, that is the year that ELO began. I remember one of the (many) EMI re-releases of ELO's tenure with Harvest being entitled "Early ELO: 1971-1973". I also recall that ELO Part II's 1997 UK tour was marketed as their 25th Anniversary Tour. Sony's "Light Years" compilation (Sony Music #4890392/4) was released and advertised in that very tour programme that year too! Evidently ELO Part II's management thought that 1972 was the year of their conception to further confuse the matter!

All this talk by certain parties of an ELO 40th anniversary release bonanza should be taken with a pinch of salt and as a master marketing campaign originated by Sony. Yours Truly KJS expects (yet) another ELO compilation this year! I'd rather see the full "Secret Messages" 18-track set released including "Beatles Forever" - to celebrate "Secret Messages" 27th and ELO's 39th anniversary!