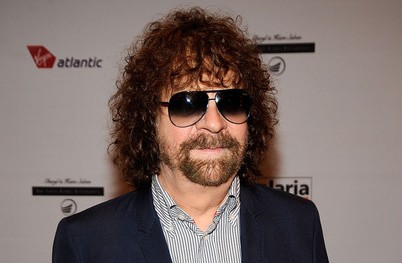 #20: Hello ... Hello ... my old friends ... It's great to see you once again! Yours Truly KJS and ELO Beatles Forever (ELOBF) have a little 'news' for you that is somewhat exciting regarding the prospects for the long-awaited new Jeff Lynne album so much hoped for by fans thus:

From Reuters (LA): "For a musician who claims to live a leisurely existence, rocker Jeff Lynne has plenty of projects on his plate. The brains behind the '70s art-rock band Electric Light Orchestra (ELO) recently took a break from sessions for his first solo album in almost two decades to produce songs for quirky folk singer/songwriter Regina Spektor. He also has plans to write and record with Eagles guitarist Joe Walsh. The bearded Birmingham native has kept a relatively low profile since the 2001 album "Zoom," which was credited to ELO but was essentially a Lynne solo work. Sales were poor, and a scheduled arena tour was cancelled. But Lynne's legacy as the writer and producer of such ELO tunes as "Livin' Thing" and "Mr. Blue Sky" is secure. And then there was his tenure with the Traveling Wilburys, not to mention his collaborations on solo works by fellow Wilburys George Harrison, Tom Petty and Roy Orbison. As for his own album, he hopes to release it later this year. It would be his official solo follow-up to 1990's "Armchair Theatre" "It's coming, gradually," Lynne, 61, said in a recent interview with Reuters. "I can do 'em quick, but it depends whether you want 'em good or quick!" It is indeed a solo work, with Lynne playing all the instruments apart from the occasional violin or cello. As is his wont, he will be tinkering with the project right up until the last minute, and accordingly declined to reveal any titles."
Source: blogs.reuters.com/fanfare/2009/04/21/heart-jeff-lynne-to-be-honored-by-music-biz-in-hollywood
We'll have to wait and see whether any new album really is another "Zoom" or a "Armchair Theatre Part II". In any case, one cannot deny the songwriting prowess of Jeff Lynne so any new material will be a delight to our aural senses - when it finally arrives!