The Light Still Shines On 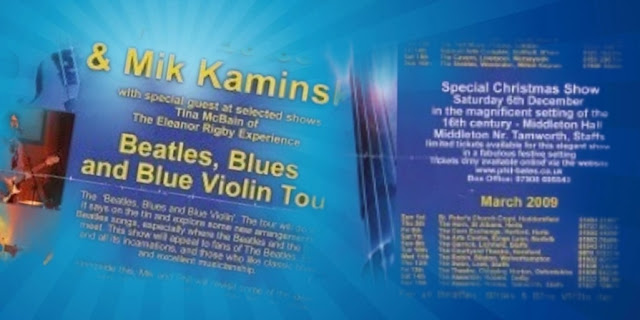 #8: Hello ... Hello ... my old friends ... It's great to see you once again! The funeral for Kelly Groucutt will be held on Monday 9th March in Coseley near Wolverhampton but rest assured that there will also be other opportunities to pay tribute to Mick 'Kelly' Groucutt. Aside from the forthcoming UK tour by The Orchestra (former members of ELO & ELO Part II) and their hometown gig at Dudley Town Hall on Sunday 10th May, there is another ELO related tour taking place on these shores this Spring with Phil Bates and Mik Kaminski joined by Tina McBain (of The Eleanor Rigby Experience) entitled the Beatles, Blues & Blue Violin Project. 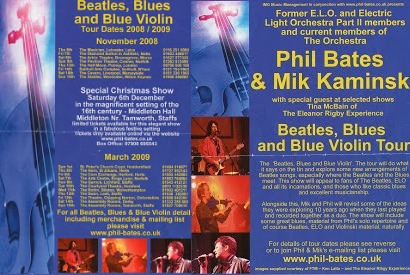 I'm sure that there will be ample time for bands and fans alike during both tours to remember and honour the contribution of Kelly Groucutt to the ELO genre. Yours Truly KJS will be in attendance at The Robin 2 in Bilston for the Blue Violin gig on Wednesday 11th March (which really will be a case of ELO Beatles Forever) and The Orchestra gig at Dudley in May. Being as Kelly and Mik were band mates in not a few projects with Phil Bates and others, I expect both concerts will be moving, touching and emotional.