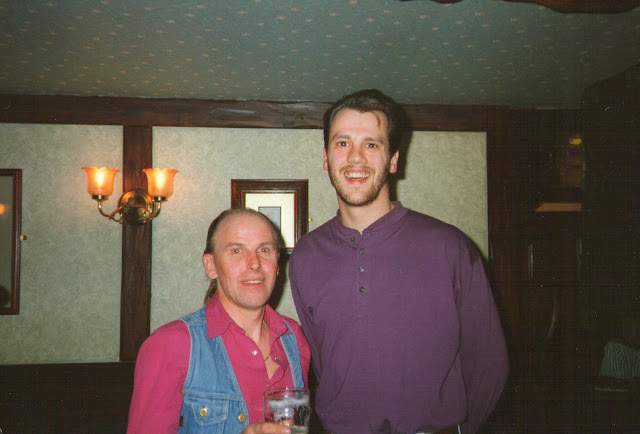 #6: Hello ... Hello ... my old friends ... It's great to see you once again! Anyone who knows Yours Truly KJS will know that I've always enjoyed the music of ELO and its extended family of related artistes since the age of 10 when I bought my first record, a certain 7" vinyl single entitled "Turn To Stone" by Electric Light Orchestra. So writing this article today is a little hard for me today because today (Thursday 19th February), an acquaintance of mine, Mr. Michael (Kelly) Groucutt passed away at just 63 years of age.

I was not old enough to see/hear the 'classic' line-up of ELO with my own eyes and ears but, thanks to Kelly G, I did not only get to see and hear their music live on multiple occasions in the nineties and noughties via the vehicles of ELO Part II and The Orchestra (former members of ELO & ELO Part II), I also got to enjoy many of Kelly's solo gigs in the Midlands too. My interest in ELO in the early nineties helped me recover from a major low point in my life. Meeting Kelly, and later on, the rest of the band totally fulfilled one of my childhood ambitions. But there are two occasions that really come to mind when I think of Kelly.

The first event was hearing Kelly playing and singing the Roy Orbison song "Blue Angel" at one of his gigs at The Dudley Arms in Himley just after the death of my son in September 1992. It broke me. The second event was going backstage at Wolverhampton Civic Hall, at his request, on Saturday 12th June 1993 and meeting the band. I'll never forget these immortal words either: "Don't talk to me about Part Two!" - for reasons known only to myself and my ELO gig buddy Christian Evans! I'll leave you with the message I posted on the BBC News website earlier today which sort of sums up how I feel:

"I was always proud to tell folks of the times my path crossed with Kelly G. All those gigs across the Midlands and with ELO Part II. "The Fox" was a great cut. He was a great singer and all round musician. We wouldn't have heard those ELO hits live in the 90's without him. Top memory was his playing me a song in 1992 following the death of my son. Encore ... Kelly"