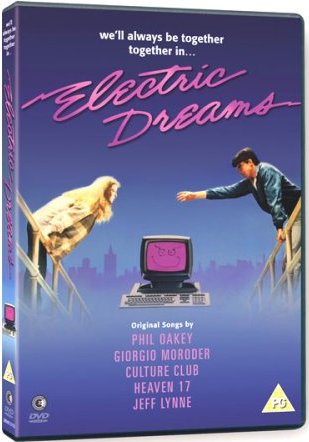 #5: Hello ... Hello ... my old friends ... It's great to see you once again! The first ever DVD release of the 1984 movie "Electric Dreams" will be on Monday 6th April. Why do I mention this? Because it contains two Jeff Lynne solo efforts on the soundtrack. The traxs were, of course, entitled "Video!" and "Let It Run". What is also interesting to purveyors of this particular blog is that according to Wikipedia:

"the chorus part of "Beatles Forever" was used by Jeff Lynne on his "Video!" solo single"

So there is a link between the song "Video!" (a single that reached #87 in July 1984) from the "Electric Dreams" OST and our unique quest for "Beatles Forever". You can view &/or pre-order the DVD &/or buy the Original Soundtrack CD from amazon.co.uk via these links thus: